DESCRIPTION PER WIKIPEDIA:
A Star Is Born is a 1937 American Technicolor romantic drama film produced by David O. Selznick, directed by William A. Wellman from a script by Wellman, Robert Carson, Dorothy Parker, and Alan Campbell, and starring Janet Gaynor (in her only Technicolor film) as an aspiring Hollywood actress, and Fredric March (in his Technicolor debut) as a fading movie star who helps launch her career. The supporting cast features Adolphe Menjou, May Robson, Andy Devine, Lionel Stander, and Owen Moore. 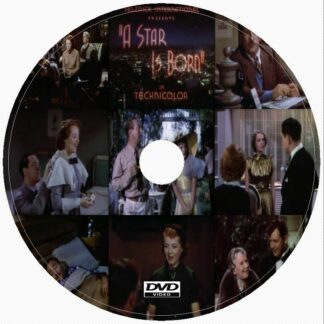