DESCRIPTION PER WIKIPEDIA:
Africa Screams is a 1949 American adventure comedy film directed by Charles Barton and starring Abbott and Costello. It parodies the safari genre. The title is a play on the title of the 1930 documentary Africa Speaks! The supporting cast features Clyde Beatty, Frank Buck, Hillary Brooke, Max Baer, Buddy Baer, Shemp Howard, and Joe Besser. The film entered the public domain in 1977. 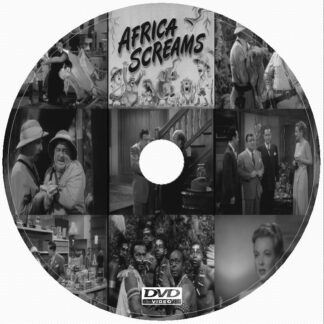