The film is set at a United States Army base in Kentucky at the end of 1944, during World War II.[4] The protagonists are First Sergeant Vic Puccinelli (Dean Martin) and Private First Class Alvin Korwin (Jerry Lewis), who were partners in a nightclub song-and-dance act before joining the Army.

Puccinelli wants to be transferred from his dull job to active duty overseas, but is refused transfer and is to be promoted to Warrant Officer. Korwin wants a pass to see his wife and new baby. In addition, they have to rehearse for the base talent show and avoid the wrath of Alvin’s platoon sergeant, Sergeant McVey (Mike Kellin).

Along the way they both sing a few songs, and they do an impression of Bing Crosby and Barry Fitzgerald by recreating a scene from Going My Way (1944) for the talent show. Further complications include a Post Exchange worker who is pregnant, a company commander who gets all his information from his wife, a scheming supply sergeant, and a defective Coca-Cola machine. 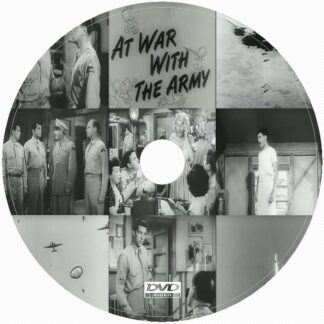