You are purchasing David Copperfield By Charles Dickens Audiobook on MP3 CD, Librivox Public Domain Recording. We find the item and place them on a custom CD. This item will work on your computer and some devices that can play MP3’s.

David Copperfield is the eighth novel by Charles Dickens. The novel’s full title is The Personal History, Adventures, Experience and Observation of David Copperfield the Younger of Blunderstone Rookery (Which He Never Meant to Publish on Any Account).[N 1] It was first published as a serial in 1849–50, and as a book in 1850.

The novel features the character David Copperfield, and is written in the first person, as a description of his life until middle age, with his own adventures and the numerous friends and enemies he meets along his way. It is his journey of change and growth from infancy to maturity, as people enter and leave his life and he passes through the stages of his development.

It is often described as his masterpiece, “the triumph of the art of Dickens”,[2][3] which marks a turning point in his work, the point of separation between the novels of youth and those of maturity.[3][4] Though written in the first person, David Copperfield is considered to be more than an autobiography, going beyond this framework in the richness of its themes and the originality of its writing, which makes it a true autobiographical novel.[4][5] In the words of the author, this novel was “a very complicated weaving of truth and invention”.[6] Some elements of the novel follow events in Dickens’s own life.[7] It was Dickens’ favourite among his own novels. In the preface to the 1867 edition, Dickens wrote, “like many fond parents, I have in my heart of hearts a favourite child. And his name is David Copperfield.”[8]

Dickens wrote this novel without an outline, unlike the way he wrote Dombey and Son, the previous novel. He wrote chapter summaries after the chapters were completed. Some aspects of the story were fixed in his mind from the start, but others, like the obsession of Mr Dick with Charles I, the profession of David Copperfield as a writer, and the sad fate of Dora, were not decided by Dickens until the serial publications were underway; August 1849, December 1849 and May 1850, respectively, were the dates when those decisions were made.[9]

At first glance, the work is modeled in the loose and somewhat disjointed way of “personal histories” that was very popular in the United Kingdom of the 18th century;[N 2] but in reality, David Copperfield is a carefully structured and unified novel. It begins, like other novels by Dickens, with a rather bleak painting of the conditions of childhood in Victorian England, notoriously when the troublesome children are parked in infamous boarding schools, then he strives to trace the slow social and intimate ascent of a young man who, painfully providing for the needs of his good aunt while continuing his studies, ends up becoming a writer; the story, writes Paul Davis, of “a Victorian everyman seeking self-understanding”.[4]

The novel has a primary theme of growth and the changes that occur on the way to maturity. In addition, Dickens included many aspects of Victorian Era life that he wanted to highlight or wished to change, which were primarily integrated into the story, using satire as one device. The plight of prostitutes and the attitude of middle class society to them, the status of women in marriage, the rigid class structure, are aspects that he highlighted, while the system for handling criminals, the quality of schools, and the employment of children in the fast-spreading factories of the 19th century were aspects he wished to influence, to change for the better. He, among other authors, achieved success in bringing about changes regarding child labour and schooling for more children up to age 12. 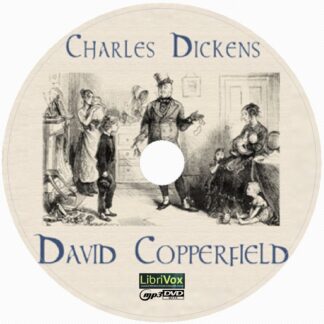