You are purchasing Emma (Dramatic Reading) Audiobook Audiobook on MP3 DVD, Librivox Public Domain Recording. We find the item and place them on a custom DVD. This item will work on your computer and some devices that can play MP3’s.

Emma Woodhouse’s friend and former governess, Miss Taylor, has just married Mr. Weston. Having introduced them, Emma takes credit for their marriage and decides that she likes matchmaking. After returning home to Hartfield with her father, Emma forges ahead with her new interest against the advice of her sister’s brother-in-law, Mr. Knightley. She attempts to match her new friend Harriet Smith to Mr. Elton, the local vicar. Emma persuades Harriet to refuse a marriage proposal from Robert Martin, a respectable, educated, and well-spoken young farmer, though Harriet likes him. Mr. Elton, a social climber, mistakenly believes Emma is in love with him and proposes to her. When Emma reveals she believed him attached to Harriet, he is outraged, considering Harriet socially inferior. After Emma rejects him, Mr. Elton goes to Bath and returns with a pretentious, nouveau-riche wife, as Mr. Knightley expected he would do. Harriet is heartbroken, and Emma feels ashamed about misleading her.

Frank Churchill, Mr. Weston’s son, arrives for a two-week visit and makes many friends. Frank was adopted by his wealthy and domineering aunt, and has had few opportunities to visit before. Mr. Knightley tells Emma that, while Frank is intelligent and engaging, he has a shallow character. Jane Fairfax also arrives to visit her aunt, Miss Bates, and grandmother, Mrs. Bates, for a few months, before starting a governess position due to her family’s financial situation. She is the same age as Emma and has received an excellent education by her father’s friend, Colonel Campbell. Emma has remained somewhat aloof with her because she envies Jane’s talent and is annoyed by everyone, including Mrs Weston and Mr. Knightley, praising her. The patronizing Mrs. Elton takes Jane under her wing and announces that she will find her the ideal governess post before it is wanted. Emma feels some sympathy for Jane’s predicament.

Emma decides that Jane and Mr. Dixon, Colonel Campbell’s new son-in-law, are mutually attracted, and is the reason she arrived earlier than expected. She confides this to Frank, who met Jane and the Campbells at a vacation spot a year earlier; he apparently agrees with Emma. Suspicions are further fuelled when a piano, sent by an anonymous benefactor, arrives for Jane. Emma feels herself falling in love with Frank, but it does not last to his second visit. The Eltons treat Harriet poorly, culminating with Mr. Elton publicly snubbing Harriet at the ball given by the Westons in May. Mr. Knightley, who had long refrained from dancing, gallantly asks Harriet to dance. The day after the ball, Frank brings Harriet to Hartfield; she fainted after a rough encounter with local gypsies. Emma mistakes Harriet’s gratitude to Frank as her being in love with him. Meanwhile, Mrs. Weston wonders if Mr. Knightley fancies Jane, but Emma dismisses that. When Mr. Knightley says he notices a connection between Jane and Frank, Emma disagrees, as Frank appears to be courting her instead. Frank arrives late to a gathering at Donwell in June, while Jane departs early. Next day at Box Hill, a local scenic spot, Frank and Emma are bantering when Emma, in jest, thoughtlessly insults Miss Bates.

When Mr. Knightley scolds Emma for insulting Miss Bates, she is ashamed. The next day, she visits Miss Bates to atone for her bad behaviour, impressing Mr. Knightley. On the visit, Emma learns that Jane accepted a governess position from one of Mrs. Elton’s friends. Jane becomes ill and refuses to see Emma or receive her gifts. Meanwhile, Frank has been visiting his aunt, who dies soon after his arrival. Now he and Jane reveal to the Westons that they have been secretly engaged since autumn, but Frank knew his aunt would disapprove of the match. Maintaining the secrecy strained the conscientious Jane and caused the couple to quarrel, with Jane ending the engagement. Frank’s easygoing uncle readily gives his blessing to the match. The engagement is made public, leaving Emma chagrined to discover that she had been so wrong.

Emma believes Frank’s engagement will devastate Harriet, but instead, Harriet says she loves Mr. Knightley, and though she knows the match is too unequal, Emma’s encouragement and Mr. Knightley’s kindness have given her hope. Emma is startled and realises that she is in love with Mr. Knightley. Mr. Knightley returns to console Emma from Frank and Jane’s engagement thinking her heartbroken. When she admits her foolishness, he proposes, and she accepts. Harriet accepts Robert Martin’s second proposal, and they are the first couple to marry. Jane and Emma reconcile, and Frank and Jane visit the Westons. Once the mourning period for Frank’s aunt ends, they will marry. Before the end of November, Emma and Mr. Knightley are married with the prospect of “perfect happiness”. 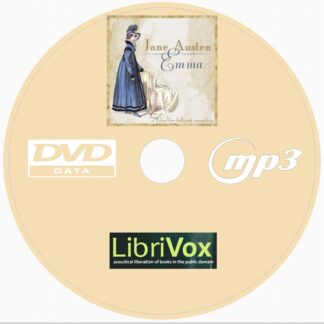