View cart “Attack Of The Giant Leeches 1959 Public Domain Movie Ken Clark Yvette Vickers” has been added to your cart.

DESCRIPTION PER WIKIPEDIA:
Go for Broke! is a 1951 black-and-white war film directed by Robert Pirosh, produced by Dore Schary and starring Van Johnson and six veterans of the 442nd Regimental Combat Team. The film co-stars Henry Nakamura, Warner Anderson, and Don Haggerty in its large cast. In 1979, the film entered the public domain in the United States because the claimants did not renew its copyright registration in the 28th year after publication. 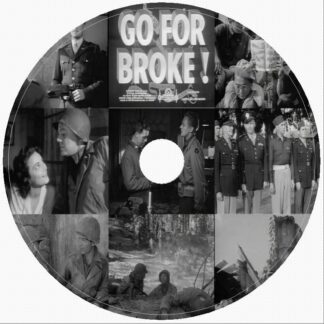