You are purchasing Lady Susan By Jane Austen Audiobook on MP3 CD, Librivox Public Domain Recording. We find the item and place them on a custom CD. This item will work on your computer and some devices that can play MP3’s.

Lady Susan Vernon, a beautiful and charming recent widow, visits her brother- and sister-in-law, Charles and Catherine Vernon, with little advance notice at Churchill, their country residence. Catherine is far from pleased, as Lady Susan had tried to prevent her marriage to Charles and her unwanted guest has been described to her as “the most accomplished coquette in England”. Among Lady Susan’s conquests is the married Mr. Manwaring.

Catherine’s brother Reginald arrives a week later, and despite Catherine’s strong warnings about Lady Susan’s character, soon falls under her spell. Lady Susan toys with the younger man’s affections for her own amusement and later because she perceives it makes her sister-in-law uneasy. Her confidante, Mrs. Johnson, to whom she writes frequently, recommends she marry the very eligible Reginald, but Lady Susan considers him to be greatly inferior to Manwaring.

Frederica, Lady Susan’s 16-year-old daughter, tries to run away from school when she learns of her mother’s plan to marry her off to a wealthy but insipid young man she loathes. She also becomes a guest at Churchill. Catherine comes to like her—her character is totally unlike her mother’s—and as time goes by, detects Frederica’s growing attachment to the oblivious Reginald.

Later, Sir James Martin, Frederica’s unwanted suitor, shows up uninvited, much to her distress and her mother’s vexation. When Frederica begs Reginald for support out of desperation (having been forbidden by Lady Susan to turn to Charles and Catherine), this causes a temporary breach between Reginald and Lady Susan, but the latter soon repairs the rupture.

Lady Susan decides to return to London and marry her daughter off to Sir James. Reginald follows, still bewitched by her charms and intent on marrying her, but he encounters Mrs. Manwaring at the home of Mr. Johnson and finally learns Lady Susan’s true character. Lady Susan ends up marrying Sir James herself, and allows Frederica to reside with Charles and Catherine at Churchill, where Reginald De Courcy “could be talked, flattered, and finessed into an affection for her.” 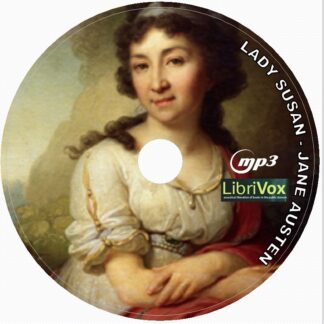