DESCRIPTION PER WIKIPEDIA:
Stockbroker Clarence Day is the benevolent curmudgeon of his 1880s New York City household, striving to make it function as efficiently as his Wall Street office but usually failing. His wife Vinnie is the real head of the household. In keeping with the Day’s actual family, all the children (all boys) are redheads. The anecdotal story encompasses such details as Clarence’s attempts to find a new maid, a romance between his oldest son Clarence Jr. and pretty out-of-towner Mary Skinner, a plan by Clarence Jr. and his younger brother John to make easy money selling patent medicines, Clarence’s general contempt for the era’s political corruption and the trappings of organized religion, and Vinnie’s push to get him baptized so he can enter the kingdom of God 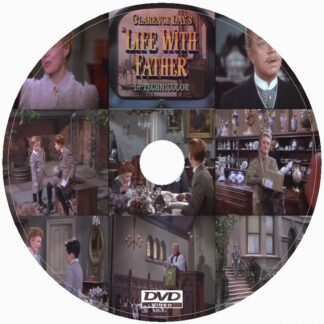