DESCRIPTION PER WIKIPEDIA:
Of Human Bondage is a 1934 American pre-Code drama film directed by John Cromwell and is widely regarded by critics as the film that made Bette Davis a star. The screenplay by Lester Cohen is based on the 1915 novel Of Human Bondage by W. Somerset Maugham. 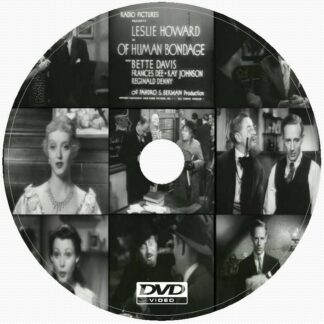