DESCRIPTION PER WIKIPEDIA:
Royal Wedding is a 1951 Metro-Goldwyn-Mayer musical comedy film starring Fred Astaire and Jane Powell, with music by Burton Lane and lyrics by Alan Jay Lerner. The film was directed by Stanley Donen; it was his second film and the first he directed on his own. It was released as Wedding Bells in the United Kingdom.

The story is set in London in 1947 at the time of the wedding of Princess Elizabeth and Philip Mountbatten. Astaire and Powell play siblings in a song and dance duo, echoing the real-life theatrical relationship of Fred and Adele Astaire.

Royal Wedding is one of several MGM musicals that entered the public domain because the studio failed to renew the copyright registration in the 28th year after its publication. 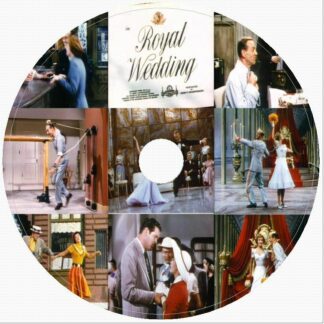