DESCRIPTION PER WIKIPEDIA:
Suddenly is a 1954 American noir crime film directed by Lewis Allen with a screenplay written by Richard Sale. The drama stars Frank Sinatra and Sterling Hayden, and features James Gleason and Nancy Gates. The story concerns a small California town whose tranquility is shattered when the train of the president of the United States is scheduled to make a stop in the town, and a hired assassin and his henchmen take over a home that provides a perfect vantage point from which to assassinate the president. 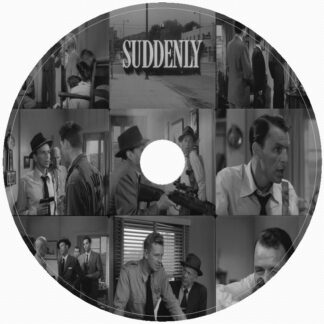