You are purchasing The Secret Garden Audiobook on MP3 CD, Librivox Public Domain Recording. We find the item and place them on a custom CD. This item will work on your computer and some devices that can play MP3’s.

At the turn of the 20th century, Mary Lennox is a sickly, neglected, unloved 10-year-old girl, born in British India to wealthy British parents who never wanted her and made an effort to ignore the girl. She is cared for primarily by native servants, who allow her to become spoiled, aggressive and self-centred. After a cholera epidemic kills Mary’s parents and the few surviving servants flee the house, Mary awakes to find herself alone.

She is discovered by British soldiers who place her in the care of an English clergyman, whose children taunt her by calling her “Mistress Mary, quite contrary”. However, this is only temporary: she is soon sent to England, to live with her wealthy hunchbacked uncle Archibald Craven (whom she has never met) at his isolated mansion Misselthwaite Manor on the Yorkshire Moors.

At first, Mary is exceedingly obnoxious and short-tempered. She dislikes her new home, the people living in it, and most of all, the bleak moor on which it sits. She only begins to like a good-natured maid named Martha Sowerby, who tells Mary about Mary’s aunt, the late Lilias Craven, who would spend hours in a private walled garden growing rose. Mrs Craven died after an accident in the garden, and the devastated Mr Craven locked the garden and buried the key.

Mary becomes interested in finding the secret garden herself, and her ill manners begin to soften as a result. Soon she comes to enjoy the company of Martha, the gardener Ben Weatherstaff, and a friendly robin redbreast. Her health and attitude improve with the bracing Yorkshire air, and she grows stronger as she explores the moor and plays with a skipping rope that Mrs Sowerby buys for her. Mary wonders about the secret garden and about some mysterious cries that echo through the house at night.

As Mary explores the gardens, her robin draws her attention to an area of disturbed soil. Here Mary finds the key to the locked garden, and eventually she discovers the door to the garden. She asks Martha for garden tools, which Martha sends with Dickon, her 12-year-old brother, who spends most of his time out on the moors. Mary and Dickon take a liking to each other, as Dickon has a kind way with animals and a good nature. Eager to absorb his gardening knowledge, Mary tells him about the secret garden.

One night, Mary hears the cries once more and decides to follow them through the house. She is startled to find a boy of her age named Colin, who lives in a hidden bedroom. She soon discovers that they are cousins, Colin being the son of Mr and Mrs Craven, and that he suffers from an unspecified spinal problem which precludes him from walking and causes him to spend most of his time in bed. He, like Mary, has grown spoiled and self-centred, with the servants obeying his every whim in order to prevent the frightening hysterical tantrums Colin occasionally flies into. Mary visits him every day that week, distracting him from his troubles with stories of the moor, Dickon and his animals, and the secret garden. Mary finally confides that she has access to the secret garden, and Colin asks to see it. Colin is put into his wheelchair and brought outside into the secret garden. It is the first time he has been outdoors for several years.

While in the garden, the children look up to see Ben Weatherstaff looking over the wall on a ladder. Startled and angry to find the children in the secret garden, he admits that he believed Colin to be a cripple. Furious at being called crippled, Colin stands up from his chair and finds that his legs are fine, though weak from long disuse. Colin and Mary soon spend almost every day in the garden, sometimes with Dickon as company. The children and Ben conspire to keep Colin’s recovering health a secret from the other staff, so as to surprise his father, who is travelling abroad.

As Colin’s health improves, his father experiences a coinciding increase in spirits, culminating in a dream where his late wife calls to him from inside the garden. When he receives a letter from Mrs Sowerby, he takes the opportunity finally to return home. He walks the outer garden wall in his wife’s memory, but hears voices inside, finds the door unlocked, and is shocked to see the garden in full bloom, and his son healthy, having just won a race against Mary. The children tell him the story, and the servants watch, stunned, as Mr Craven and Colin walk back to the manor together. 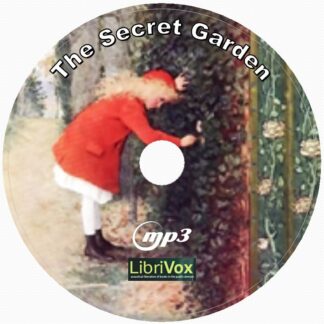