DESCRIPTION PER WIKIPEDIA:
The Strange Love of Martha Ivers is a 1946 American film noir drama directed by Lewis Milestone from a screenplay written by Robert Rossen (and an uncredited Robert Riskin), based on the short story “Love Lies Bleeding” by playwright John “Jack” Patrick. Produced by Hal B. Wallis, the film stars Barbara Stanwyck, Van Heflin, Lizabeth Scott and features Kirk Douglas in his film debut.

The film was entered into the 1947 Cannes Film Festival In 1974, the film entered the public domain in the United States because the claimants did not renew its copyright registration in the 28th year after publication. 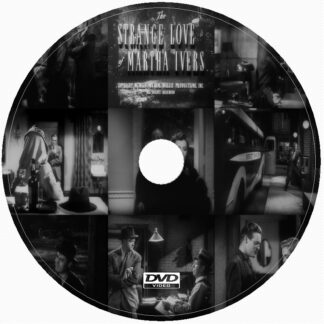