You are purchasing Treasure Island  (Dramatic Reading) Audiobook on MP3 CD, Librivox Public Domain Recording. We find the item and place them on a custom CD. This item will work on your computer and some devices that can play MP3’s.

An old sailor named Billy Bones comes to lodge in the rural Admiral Benbow Inn on the Bristol Channel, in England. He tells the innkeeper’s son, Jim Hawkins, to keep a lookout for “a one-legged seafaring man”. A former shipmate, Black Dog, confronts Bones and engages in a violent fight with him. After Black Dog is run off, a blind beggar named Pew visits to give Bones “the black spot” as a summons to share a map leading to buried treasure. Shortly thereafter, Bones suffers a stroke and dies. Pew and his accomplices attack the inn, but Jim and his mother save themselves while taking some money and a mysterious packet from Bones’s sea chest. Pew is then trampled to death by excise officers. Inside the packet, Jim and his mother find a map of an island on which the infamous pirate Captain Flint hid his treasure. Jim shows the map to the local physician Dr. Livesey and the squire John Trelawney, and they decide to make an expedition to the island, with Jim serving as a cabin boy. They set sail on Trelawney’s schooner, the Hispaniola, under Captain Smollett. Much of the crew, as it is later revealed, are pirates who served under Captain Flint, most notable of which is the ship’s one-legged cook Long John Silver. Jim, sitting in an apple barrel, overhears the conspirators’ plan to mutiny after the salvage of the treasure and to assassinate the captain and the loyal men.

Arriving off the coast of the island, Jim joins the shore party and begins to explore the island. He meets a marooned pirate named Ben Gunn, who was also a former member of Flint’s crew. The situation comes to a head after the mutineers arm themselves, and Smollett’s men take refuge in an abandoned stockade. During an attack on the stockade, Jim finds his way there and re-joins the crew. Jim manages to make his way to the Hispaniola and cuts the ship’s anchorage, allowing the ship to drift along the ebb tide. Jim boards the Hispaniola and encounters Israel Hands, who was severely injured in a dispute with one of his companions. Hands helps Jim beach the schooner in the northern bay, but then attempts to kill Jim with a knife. Jim escapes, climbs into the shrouds of the ship and shoots his pursuer.

Jim goes back ashore and returns to the stockade, where he is horrified to find only Silver and the pirates. Silver prevents Jim’s immediate death and tells Jim that when everyone found the ship was gone, the captain’s party agreed to a treaty whereby they gave up the stockade and the map. In the morning, the doctor arrives to treat the wounded and sick pirates and tells Silver to look out for trouble when they find the site of the treasure. After he leaves, Silver and the others set out with the map, taking Jim along as hostage. They encounter a skeleton, arms oriented toward the treasure, which unnerves the party. Eventually, they find the treasure cache empty. The pirates nearly charge at Silver and Jim, but shots are fired by the ship’s command along with Gunn, from ambush. Livesey explains that Gunn had already found the treasure and taken it to his cave. The expedition members load much of the treasure onto the ship and sail away. At their first port in Spanish America, where they will sign on more crew, Silver steals a bag of money and escapes. The rest sail back to Bristol and divide up the treasure. Jim says there is more left on the island, but he for one will not undertake another voyage to recover it. 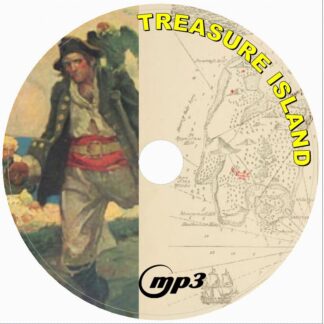