You are purchasing Virgil 3 Audiobook Collection (Georgics, Aeneid, Ecolgues) on MP3 CD, Librivox Public Domain Recording. We find the item and place them on a custom CD. This item will work on your computer and some devices that can play MP3’s.

The Georgics (/ˈdʒɔːrdʒɪks/; Latin: Georgica [ɡɛˈoːrɡɪka]) is a poem by Latin poet Virgil, likely published in 29 BCE.[1] As the name suggests (from the Greek word γεωργικά, geōrgika, i.e. “agricultural (things)”)[2] the subject of the poem is agriculture; but far from being an example of peaceful rural poetry, it is a work characterized by tensions in both theme and purpose.

The Georgics is considered Virgil’s second major work, following his Eclogues and preceding the Aeneid. The poem draws on a variety of prior sources and has influenced many later authors from antiquity to the present.

Virgil’s book contains ten pieces, each called not an idyll but an eclogue (“draft” or “selection” or “reckoning”), populated by and large with herdsmen imagined conversing and performing amoebaean singing in largely rural settings, whether suffering or embracing revolutionary change or happy or unhappy love. Performed with great success on the Roman stage, they feature a mix of visionary politics and eroticism that made Virgil a celebrity, legendary in his own lifetime.

The Aeneid (/ɪˈniːɪd/ ih-NEE-id; Latin: Aeneis [ae̯ˈneːɪs]) is a Latin epic poem, written by Virgil between 29 and 19 BC,[1] that tells the legendary story of Aeneas, a Trojan who travelled to Italy, where he became the ancestor of the Romans. It comprises 9,896 lines in dactylic hexameter.[2] The first six of the poem’s twelve books tell the story of Aeneas’s wanderings from Troy to Italy, and the poem’s second half tells of the Trojans’ ultimately victorious war upon the Latins, under whose name Aeneas and his Trojan followers are destined to be subsumed. 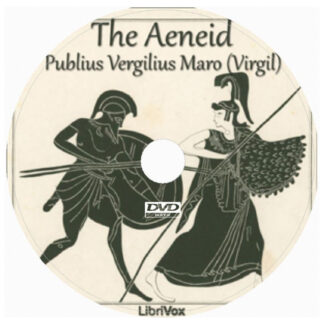